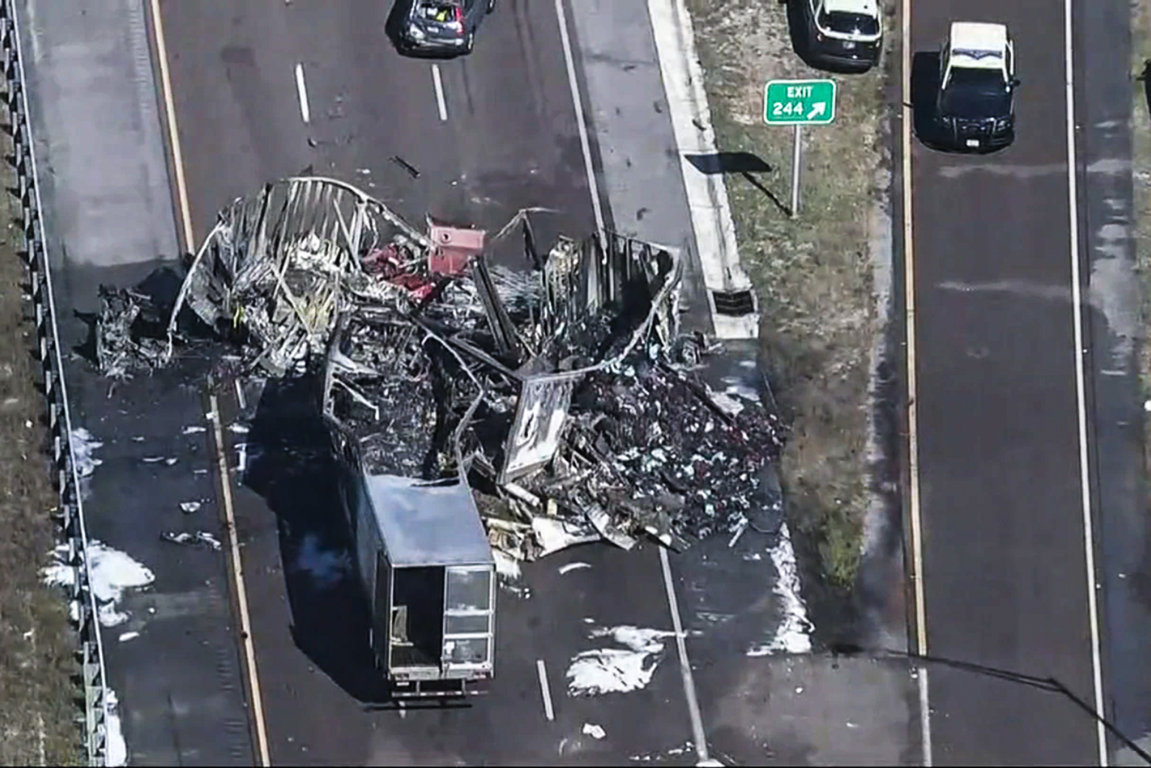 I-95 crash in Florida – Multiple early morning incidents involving more than a dozen automobiles on Interstate 95 near Edgewater have claimed the lives of at least three people.

Once the debris from the incident has been removed, an emergency paving crew will rebuild the lanes.

One incident southward included six automobiles, while four separate crashes northward involved 11 vehicles, according to the Florida Highway Patrol. Semi-trucks were involved in the collisions.

According to WFTV, a semi-truck was engaged in a collision that resulted in an explosion.

How many People were Killed in I-95 crash in Florida?

According to the Florida Highway Patrol, three people have died as a result of the collisions. On the southbound side of I-95, two individuals were killed, while one person was killed on the northbound side.

Also Read: How Visiting Museums During Coronavirus Through 2022 Went: Is it Safe?

Several of the injured are children. The precise number of those that were hurt is still unknown.

One child was brought to the hospital and is doing well.