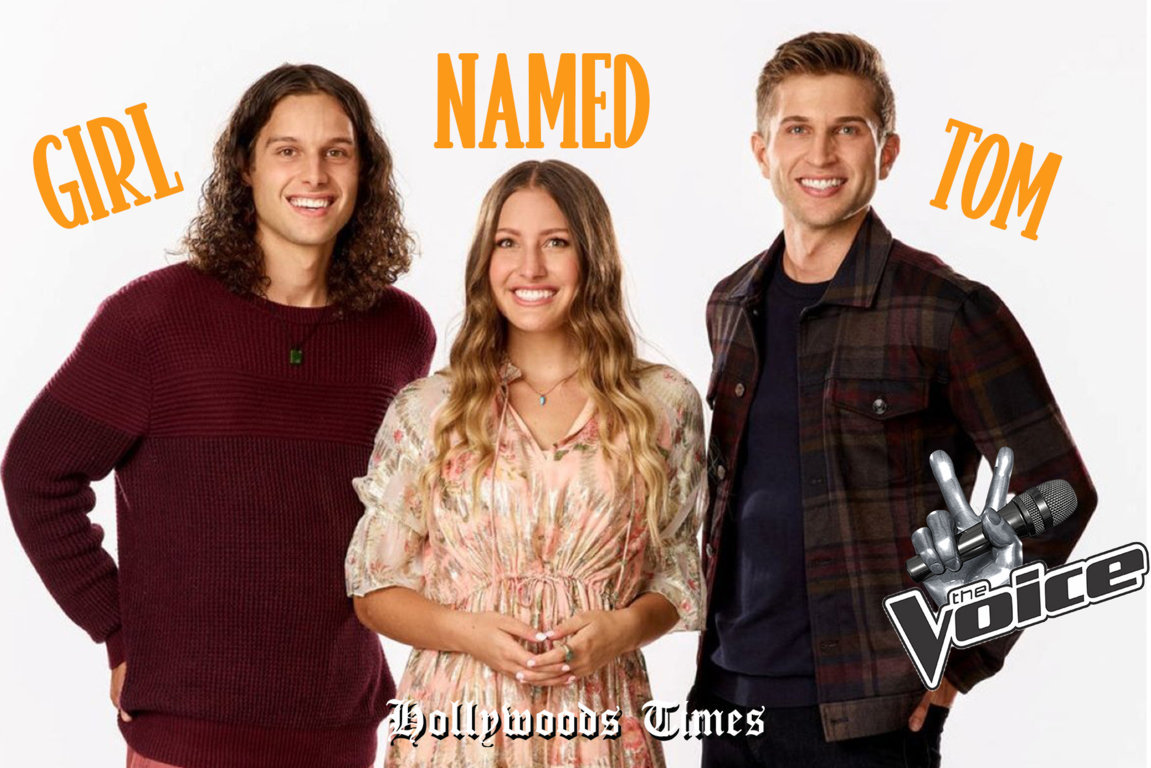 Girl Named Tom, the trio that took season 21 of The Voice by storm and was crowned winners last week is reflecting on that “surreal” moment.

On the night of Dec 14, 2021, the season 21 finale of the hit NBC singing competition series came to an exhilarating end when the Liechty siblings — Caleb, 26, Joshua, 24, and Bekah, 20 — of Kelly Clarkson’s team have crowned the champions.

How was the Band Formed?

So one question is how the band came to be. Don’t worry, we’ve got you covered here. Caleb, Joshua, and Bekha are three siblings who share a passion for music. They all enjoyed music and played individually but it was their mother’s idea to establish a band together.

She suggested her children take a year off and do something creative to follow their dreams of becoming musicians. Their father’s health also influenced their decision to pursue music. He may never have imagined all three of them pursuing music as a career. The band’s name was derived from a family recollection.

Joshua used to give everyone, including their dog, nicknames when he was younger. Josh began referring to Bekah as Thomas after she was born, and the band’s moniker, “Girl Named Tom,’ was formed. The band specializes in acoustic music with a strong emphasis on harmonies.

Josh plays drums, Caleb plays guitar, and Bekah is an accomplished keyboardist. In 2019, they published a five-song EP and embarked on a year-long tour in 2020. More information about their tour may be found here.

Like his siblings, he too chose to remain silent about his relationship status. He has never provided any glimpses of his romantic life on his social media or in public. So, he is an eligible bachelor or a dream guy for some girls.

Caleb has already gathered a female fan on social media who runs the account with the name (@caleebsgirl). The fan account has 63 followers on the platform.

Caleb Liechty is on Instagram and uses the handle name (@caleb.liechty). He is also on Facebook where he is connected to his friends and family members (@caleb.liechty). There is also a TikTok account in his name but couldn’t be verified if it belongs to him.

Caleb Liechty has a LinkedIn account. He works as a Medical Scribe for ScribeAmerica. He started his job in July 2018 and has been working there ever since. Before that, he worked for the Clinic for Special Children as a Research Intern. Previously, he worked for Post de Sant as a Health Assistant, Floor Worker at Sauder Manufacturing Co., and Teacher in the International Academy of St. Petersburg in Russia where he taught music classes and also gave private lessons.

Moreover, he also taught English in the classroom and as a tutor while in Russia.

Caleb graduated with a Biochemistry/Molecular Biology, Pre-medicine/Pre-medical Studies and earned his bachelor’s degree in 2018 from Goshen College. He did a minor in Music. While his brother Josh played basketball, he played soccer in middle and high school.

Joshua Liechty was born on April 17, 1997(age 24). He is about 5. 11 feet tall. Joshua Liechty is the middle child of three children born to Christopher and Holly Liechty.

Josh Liechty is relatively private about his relationship status. Back in high school, he was close with his then-alleged girlfriend Dana Fricke. The couple even went to high school prom together. However, the relationship might’ve fizzled out or they weren’t even a couple for that matter.

Now, Josh appears to be single as of 2021. No content on his social media ever hinted at a possible relationship. Furthermore, he never spoke publicly about dating someone at this moment.

According to LinkedIn of Liechty, worked as a Stockroom worker at Goshen College. Before that, he was a student ambassador. He worked at Study Service Term Goshen College. For months from 2016-July 2016, worked housekeeper for Mountain Mennonite Camp. Before that worked General Labourer at Manufacturing Co. from 2015-August 2015.

Josh graduated school Pettisville High School in 2015. During their high year, he was on the basketball team.

The youngest of the three siblings  Bekah Liechty is 21 years as of 2021 born on July 27, 2000. Her height is about 5.4 feet tall. She was children born to Christopher and Holly Liechty, is the youngest of their three children.

Very much like her siblings, Bekah also made the same choice when it comes to her relationship, she opted for remaining quiet. Most of her social media posts are about her friends and her family. So, the attempt to draw info about her dating life from her social media has remained futile.

So, like her brothers, Bekah also seems focused on building a career right now, rather than indulging herself in romantic life. Or, even if Bekah has a boyfriend, she isn’t ready to introduce his beau to the world just yet.

Who are their parents?

All three children were born to Christopher and Holly Liechty. Her father, a third-generation partner in Liechty Farm Equpiment, Inc., has been a co-owner since 1999.

Her’s great-grandfather, Joseph C. Liechty, established Liechty Inc. in 1934. When Joe bought an existing John Deere dealership in Archbold and integrated it with his Chrysler dealership, the equipment business was born. He added Maytag a few years later.

Total 2003 sales are estimated to be more than $21 million, up to $4 million from the previous year, according to Jay Beck, general manager, and vice president. Chris has chordoma, a rare cancer of the spine, according to Archbold Buckeye.

His wife Holly also has a LinkedIn profile, claiming to be the Liechty family’s house manager. Chris and Holly both attended Goshen College and graduated in 1988.

From the start, Girl Named Tom left Kelly, John Legend, Blake Shelton, and Ariana Grande in absolute astonishment. For their blind audition, the group put a soulful twist to Crosby, Stills & Nash’s “Helplessly Hoping.” After hearing their talent, all four Voice coaches were speechless and made their individual cases to join their respective teams. But at last Girl Named Tom went with Kelly.

Also Read: Who is Vladimir Zhirinovsky? Fighting for life, Died or not, Net worth Above $5 Million, Family and Wife

As the competition heightened, a girl named tom delivered time and time again. As for the battle and Knockout round girl named tom performed the Eagles’ “Seven Bridges Road” and Glen Campbell’s “Wichita Lineman.”

And in the finals, they sang The Foundations’ “Baby Now That I’ve Found You.”

At last, when all songs were sung and the final votes were counted host Carson Daly finally announced Girl Named Tom as the winner. Every fan started posting on social media and congratulating a girl named tom.