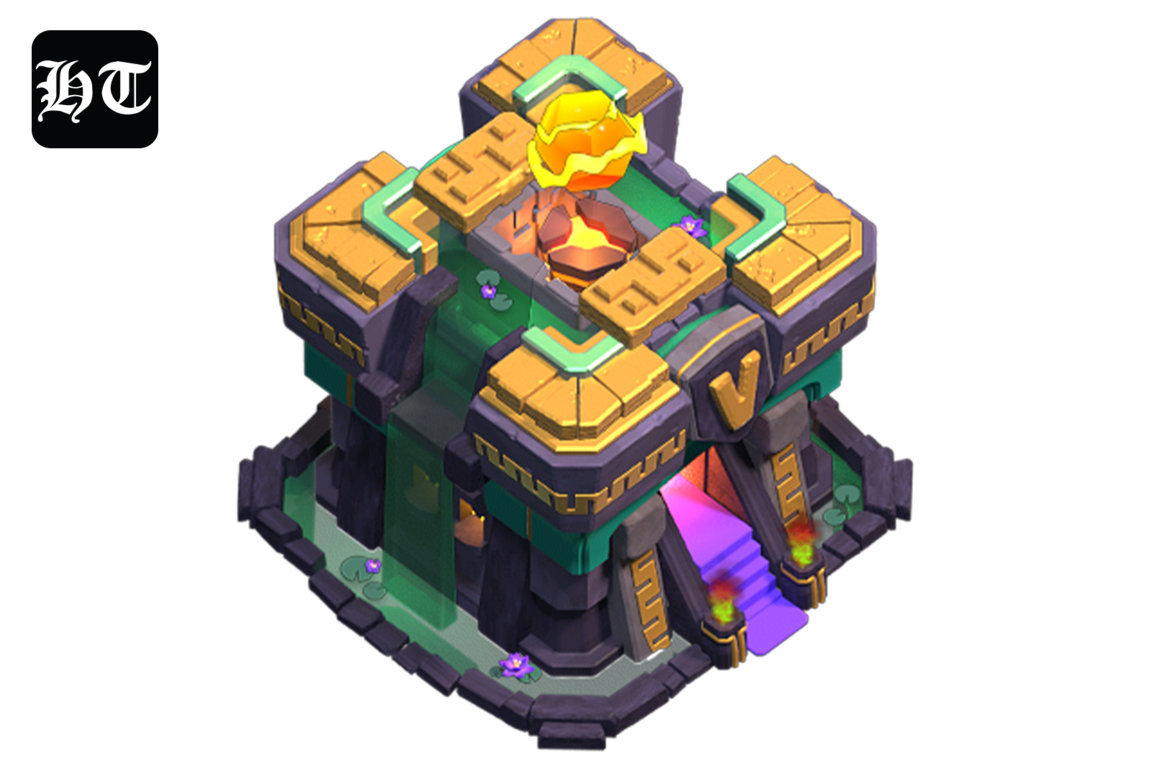 Town Hall 14 – Clash of clans a popular online game released in August 2, 2012, which is mostly known as CoC is getting ready for the biggest update of the year. Supercell has also announced that Town Hall 14 is also included in this update along with a slew of new upgrades for defenses, buildings, and trap levels.

According to the rumors Townhall 14 is designed with a jungle theme and ancient pictograms and hieroglyphs, which gives it a new look when compared to the previous town hall.

Town hall 14 has a hit point of 8900, which makes it sturdy to stand against the army. There is also a built-in Giga Inferno on town hall 14, which is upgradable to level 5.

Even when town hall 14 is destroyed, it will drop a Poison Bomb which can damage and slow down the enemy attack. Once town hall 14 is upgraded, it will offer 25 wall pieces, an air bomb, seeking air mine, a skeleton trap, a bomb, and a giant bomb. On top of that, it unlocks the hero levels and troop levels as follows.

Town Hall 14 will still have a Giga Inferno that can be upgraded 5 levels. However, when the Town Hall is destroyed, it’ll now drop a Poison Bomb that deals damage, slows enemy attacks and movement speed.

Hero Pets are a brand new kind of unit in Clash of Clans. When you upgrade your Village to Town Hall 14, you’ll be able to unlock a brand new building: the Pet House.

When you upgrade your Pet House, you will also gain access to a new Hero Pet at each level. Each Hero Pet has its own unique ability that will aid the Hero it’s assigned to.

When you upgrade to Town Hall 14, you unlock the ability to upgrade your Builder’s Huts.

At Town Hall 14, the Builder will no longer hide inside his Builder Hut and now takes an active role in defending your Village! In order to stymie the damage being done to his architectural wonders, the Builder will attempt to repair nearby Defenses during a battle.